About the Set of Books

The Immortal Cypress is an epic composed in rhyming couplets. It is accompanied by a Companion that provides supporting information. The sources for the epic are amongst the oldest surviving literature known to humankind.

The last epic of this type was written a thousand years ago.

The inaugural editions of the Immortal Cypress and its Companion are intended to be the first of a series covering the myths, legends, history and wisdom of Aryana from the earliest to modern times.

Greater Aryana grew to include lands known to us today as Central Asia, the Iranian Plateau and the Indus River Valley. It extended from the Taklamakan Desert (or Kashgaria - now in China) and the Indus River in the east to the Tigris River and Cappadocia in the west; from the Caspian and Aral Seas in the north to the Persian Gulf and the Makran coast in the south. However, ancient Aryana at its inception was likely a much smaller nation located in the mountains of Central Asia.

While the inaugural edition of the epic recounts the earliest of Aryana'a myths, subsequent editions of the epic will relate legends and eventually, recorded history. 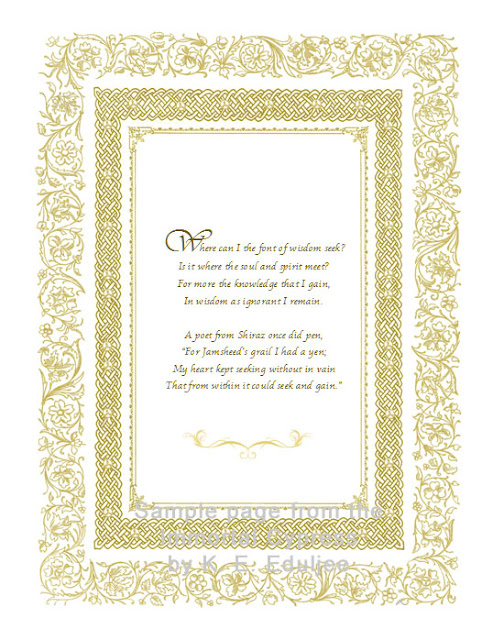